The Bruce Paltrow Oral Cancer Fund is a collaboration between the Paltrow family represented by Ms. Blythe Danner (Paltrow), Gwyneth Paltrow, Jake Paltrow and the Oral Cancer Foundation. The foundation is honored to be associated with the family, as they lend their name to a worthy cause. Designed to be used with a focus on populations in the US where disparities in healthcare exist, the fund not only memorializes producer / director Bruce Paltrow whose life was lost to this disease, but continues his vision of helping others less privileged.

A great part of Bruce Paltrow’s personal focus was on helping minorities and women get a foothold in a business that had by in large ignored them. For his many efforts to champion their personal growth and opportunities, he received The Diversity Award presented by the Directors’ Guild the first year it was given. He was deeply honored by this award. After his treatments for his own oral cancer, he spent many hours helping new patients behind him on the path understand treatments, work around’s for difficulties he had encountered, and offering moral support to them as they fought their own medical and emotional battles. He was a humanitarian in the truest definition of that word. It is therefore fitting that the monies accrued for his fund be used by the foundation in a manner that reflect the value system that was so much a part of this extraordinary man. 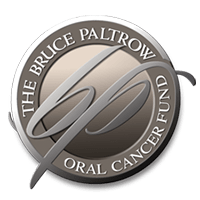 Minority and under served US populations bear a disproportionate incidence rate and poorer survival rates in relationship to oral cancers. In the foundation’s work in the most distressed inner city neighborhoods and locations in rural America, we offer free cancer screening services and disease information to those who have limited or no access to medical care, or have no insurance. We find that individuals in these areas suffer twice the incidence rate of oral cancer, and twice the death rate. Monies from this fund will work to provide needed disease and risk factor information to these groups, engage in free public screening events to find the disease at early survivable stages, and other public service endeavors as they relate to reducing their burden from this disease. When you donate to the Bruce Paltrow Fund, the use of those funds will reflect this mission uniquely.

At a time when many cancers in the US are experiencing a reduction in incidence and death rates, oral cancers increased 11% in 2007 alone, and have continued to increase every year since then. The timing and need for funding could not be more urgent.

Donate to the Bruce Paltrow Fund