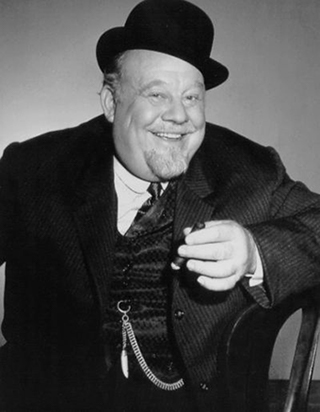 “A vital people are a singing people, and a vital people have current experiences out of which musical expression must come,” he wrote in the forward to his 1953 paperback Burl Ives Song Book. “This musical expression will become a folk song. This is what folk songs of the past were and are. They are the great bulk of songs created before the days of radio by one or more among a group of people who shared an experience, like pioneering westward or sailing a clipper ship.”

Burl Ives is America’s most beloved singer of folk songs. He has sung America high, wide, low and long…In his songs, he has made American history and legend shine like stars.”

Burl Icle Ivanhoe Ives, born June 14, 1909, in Hunt City Township, Ill., grew up in a large, musical family. His father, Frank, was a migrant farmer. As they kept house and tended the family, Burl’s mother, Cordella, and grandmother, Kate White, taught Burl and his six brothers and sisters how to sing Irish, Scottish and English folk songs. Occasionally, his grandmother used music to convey other lessons.” She taught my sister and me some verses with four-letter words in them,” Ives once told a reporter from the Dallas Morning News. “In that way, we were introduced to four-letter words in a humorous way so when we got to school we didn’t think anything about them.”

Once in school, Ives discovered an athletic talent. He was an all-conference guard on his high school’s football team. And though he played his guitar and sang publicly from the age of 4, after high school he decided to become a coach. He enrolled at Eastern Illinois State Teachers College as a physical education major and made it to his senior year. But before that year was through, Ives knew the teaching life was not for him; that music was his true calling. He packed up his guitar, left college and took to the road.

Ives wandered the United States, Mexico, and Canada, learning regional folk songs and picking up stories along the way. Once, Ives’ music got him arrested. Police picked him up in Mona, Utah, for singing “Foggy, Foggy Dew,” because authorities there considered the song about courtship indecent. Ives documented his wandering years in his autobiography, Wayfaring Stranger.

Eventually, the vagabond balladeer landed in New York, where he spent his time in Greenwich Village perfecting and performing his folk songs. For Ives didn’t always play the tunes as they were given. “I would change the words when I knew I had better ones,” he wrote in his autobiography Wayfaring Stranger. “I would change the tune when I knew it would help the song.”

Ives performed and worked odd jobs to bring in money while he studied classical music. His studies informed his passion as he endeavored to legitimize folk music as intrinsic to the American spirit.

“His struggle to make a place for himself as a ballad singer arose because many of the people in the entertainment world could see no value in what they called ‘those moss-covered songs,'” Ives wrote of himself in his 1953 paperback Burl Ives Song Book. But, Ives added, he never faltered in his belief. He just kept gathering folk songs until he had learned hundreds of the old Scottish, Irish and English immigrant ballads, cowboy and railroad songs, nursery songs, parlor songs and work songs, the fabric of American life and history set into a musical staff.

Ives also began work in amateur theater, and started his professional acting career at the Rockridge Theatre in Carmel, New York, with a role in the Broadway musical “The Boys from Syracuse.” In 1939, he went to Los Angeles, where he joined Eddie Albert, whom he had met on the “Syracuse” set. Albert and Ives took up residence in Beachwood Canyon, where Ives often invited friends and acquaintances to come and jam. “I came home one night,” Albert told Mark Goodman of People Weekly in 1995, “and I could hear people singing. I went in and this fellow stuck out his hand and said, `Hello. I’m Woody Guthrie.’ ”

Ives may have been bringing in money as an actor, but he was still primarily a singer. He kept looking for ways to bring his ballads to the American public. Finally, he landed a job singing ballads for NBC-Radio. But war news interrupted the introduction to his debut performance, and he was unable to go on air.

Ives took his music with him into service in the Air Force in 1942 and 1943, where he was stationed with the shows “This Is the Army” and “G.I. Jive.”

He finally experienced fame as a folk singer with his 1945 performance in “Sing Out, Sweet Land.” The theatrical salute to American folk music featured blues, ballads and work songs; spirituals and hymns; railroad, riverboat, and war songs. Ives went on to become America’s most popular folk singer, celebrated for songs including “Big Rock Candy Mountain,” “Blue Tail Fly,” “I Know an Old Lady,” “On Top of Old Smoky” and “Chim Chim Chiree.”

In 1945, Ives married Helen Peck Ehrlich, who he met while working on a radio show. The two adopted a son, Alexander, and lived in a New York apartment while Ives was touring, and between tours stayed at their California ranch, where Ives enjoyed racing his boat and flying planes, raising goats, hiking and camping. But he never left music and performing for long.

Ives’ progress was impeded, however, by the work of the House of Un-American Activities Committee, which after World War II began investigating and blacklisting entertainment industry professionals who had left-leaning views or were members of the Communist Party. Those who were blacklisted could have their names removed from the list, and could resume earning a living in their chosen profession, if they appeared in front of the HUAC, proved they had turned away from their “radical activities,” and gave names of associates who were or may have been members of the Communist Party. Ives cooperated with the committee, which cost him several friendships, tarnished his reputation in the eyes of many colleagues and fans, but allowed him to continue his career.

In 1955, Ives became Big Daddy in “Cat on a Hot Tin Roof,” directed by Elia Kazan. The role was so successful for Ives that Big Daddy became the nickname and would stick with him for the rest of his life. In 1958, Ives won the Academy Award for best supporting actor for his performance in “The Big Country.” Four years later, he won a Grammy Award for his song “Funny Way of Laughing.”

Ives and Helen divorced in the 1960s, with Helen taking custody of their son. Ives remarried in 1970, to Dorothy Koster. A year earlier he had landed the role of a lawyer on NBC’s “The Bold Ones,” and he kept that role until 1972. He narrated the still-popular animated television movie “Rudolph the Red-Nosed Reindeer,” and had a role in the acclaimed 1977 television miniseries “Roots.” In all, Ives appeared in at least 15 plays and 34 movies, performed in several television series and programs, and sang in cabarets and radio shows. He published 10 books and dozens of songbooks.

In 1990, Ives and Dorothy moved to Anacortes, Wash. He indulged his hobbies and became involved in his community, helping to raise funds for a pediatric facility and cultural center. But soon Ives’ health began to suffer. The former cigar and pipe smoker was diagnosed with mouth cancer and underwent several operations, none of which resulted in remission. Finally, Ives decided against further surgery. On April 14, 1995, Ives died with Dorothy and his three stepchildren at his side.

He possessed this wonderful, teddy-bear warmth. “I loved him, and I will miss him.

His soul was as deep as his voice. He could thunder, but never in anger, and he had an all-encompassing calm about him. He was just a great Big Daddy.