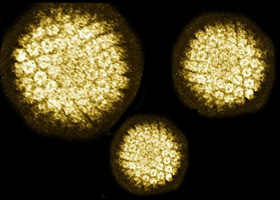 HPV oral and oropharyngeal cancers are harder to discover than tobacco related cancers because the symptoms are not always obvious to the individual who is developing the disease, or to professionals that are looking for it. They can be very subtle and painless. A dentist or doctor should evaluate any symptoms that you are concerned with, and certainly anything that has persisted for two or more weeks. Although there are many adjunctive oral cancer screening devices and tests, currently none of them can find HPV positive oral and oropharyngeal cancers early. There are oral HPV infection tests on the dental market, and while they will find an oral HPV infection which as many as 26 million Americans have on any given day, (NHANES study, ongoing), that is no indicator that a person will cascade into an oral/oropharyngeal cancer. The foundation feels that while these tests find infections through a well-recognized testing protocol (PCR testing), since only about 1% of individuals that develop a high risk type oral HPV infection ever cascade into cancer, and that most often occurs decades after infection, that the utility of the test is highly in question when in it comes to providing meaningful and actionable information.  The best way to screen for HPV related oral and oropharyngeal cancer today is through a visual and tactile exam given by a medical or dental professional, who will also do an oral history taking to ask about signs and symptoms that cover things that are not visible or palpable. Most of the symptoms of a developing HPV positive infection are discovered by asking questions not using a test, a light or other device to do so. Like other cancer screenings you engage in, such as cervical, skin, prostate, colon and breast examinations, opportunistic oral cancer screenings are an effective means of finding cancer at its early, highly curable stages. However like many other cancer screening techniques, this process is not 100% effective, is highly problematic in HPV origin disease, and any screening technique or technology can miss things. This is why it is so important that persistent problems, those which do not resolve in a short period of time like 2-3 weeks, are pursued until a definitive diagnosis of what it is, is established. Most of the time these will be issues that are not cancer, but persistent problems need to be addressed, cancer or not.

How do people get HPV?

What does that mean for my health?

Partners usually share HPV. If you have been with your partner for a long time, you probably have HPV already. Although HPV is the most commonly transferred sexual infection, in most people it is cleared by the immune system in under 2 years. Individuals with persistent infections are at risk for several types of cancers depending on the location of the infection. When considering the entire US population of over 300 million people, the incidence rate of oral cancers from it are still relatively rare mathematically, though the media frequently likes to state that this is an epidemic. In terms of oral and oropharyngeal cancers (which in 2017 about 50,000 Americans will get) the rapid increase in them is certainly alarming. The trend line since the early 1970’s has been a steep upward climb. With proper use of the HPV vaccination in our youth, we should see progress against this trend in future generations.

How common is HPV?

HPV is the most commonly sexually transmitted infection. The CDC estimates that there are 6.2 million new infections each year in the United States. The vast majority of Americans will have some form of HPV early in their sexual experiences. Since it is so common, there is nothing to be ashamed about. If you are diagnosed with HPV, talk to your health care provider about it. HPV’s are divided into 9 high risk types and more than 150 others that either cause benign warts, or do nothing at all that we know of at all.

How do I know if I have HPV?

Is there a cure for HPV?

There is no cure for the virus. Most of the time, HPV goes away by itself within two years and does not cause health problems. It is only when HPV stays in the body for many years, usually decades, that it might cause these oral cancers. Even then, it is a very small number of people that will have an HPV infection cascade all the way into an oral malignancy, though that number is increasing every year by about 10%. It is not known why HPV goes away in most, but not all cases. For unknown reasons there is a small percentage of the population whose immune system does not recognize this as a threat and it is allowed to prosper. Although HPV can increase the risk of developing some types of cancer, most people who have HPV do NOT develop cancer.

Two vaccines known as Gardasil and Cervarix protect against the strains of HPV that cause cervical cancers (HPV16 and 18), Gardasil also protects against other versions that cause genital warts (HPV6 and 11). A new version of the Gardasil vaccine protects against 9 versions of HPV. Millions of young girls in the US and in developed countries around the world have been safely vaccinated with an HPV vaccine. Because the original clinical trials were done only on cervical cancers, the FDA restricts the manufacturers from talking about other potential positive implications of these vaccines in different anatomical sites that HPV is known to infect. Since these vaccines block people from ever getting HPV16, it is not much of a scientific leap to extrapolate that to “if you can’t get the virus, you can’t get things the virus might cause”. Using this logic, many in the science community, including the CDC, and every major cancer treatment center in America, recommend vaccinating to protect people from the various different cancers associated with the virus such as oropharyngeal and anal cancers. The foundation also believes this to be highly worthy of doing, and has advocated at the CDC for vaccination of boys (finally winning their approval for pediatricians and other doctors to do so), not only to more quickly help reach the point of “herd immunity” in our country; protecting our next generation from HPV caused cervical cancers, but also to offer protection from other HPV cancers as well including oropharyngeal.

The National Advisory Committee on Immunization Practices recommends routine HPV vaccination for girls and boys ages 11 and 12, as well as individuals ages 13 to 26 if they haven’t received the vaccine already. While not part of the original approval for use, today the Gardasil vaccine has also been approved for use in boys and men, ages 9 through 26 years old. For adults the age range has been extended from 27 to 45 years old. The value of vaccination at a later stage of life might be higher in those who have had a limited number of sexual partners in their lifetime than others. These vaccines are most effective if given to children before they become sexually active. If you have already been exposed to a particular version of HPV, the vaccines will not work for you in preventing issues from that version, though if you have had few sexual partners there is a chance that one of the versions of HPV that the vaccine covers, you have not been exposed to yet.  So vaccination at pre-sexual ages brings the most protection.