The Oral Cancer Foundation has a new relationship with two powerful entities, the band Coldplay and CharityBuzz. The band has generously offered to allow CharityBuzz to auction three great events at their largest concerts on the band’s American tour, raising funds for the oral cancer issue via OCF in the process. At the events, the auction winners will have a chance to meet the band, be part of a one of a kind backstage experience, and then watch the concert from the band’s personal reserved seats for family and friends in the best of locations. This is a band that for years, regardless of what continent they are on, sells out stadiums to perform for tens of thousands of fans at each with routine. The band has won 62 awards from 209 nominations throughout their career, including nine Brit Awards—winning Best British Group four times—five MTV Video Music Awards and seven Grammy Awards from 31 nominations. Coldplay have sold more than 80 million records worldwide, making them one of the world’s best-selling musical artists. They also have a long history of charity efforts supporting many worthy causes; clearly they are not just musicians but a band with a strong social consciousness. OCF is grateful to be included as an organization worthy of this kind of support from them. Their current tour which has worked its way around the world (http://timeline.coldplay.com/a-head-full-of-dreams-tour-map/) is soon to arrive in America, where these concerts with auctions benefiting OCF will take place.

While the financial support for the many missions OCF engages in is important, our view of this amazing opportunity is focused elsewhere. The foundation represents a deadly disease that in the US too many people have not even heard of until it directly impacts their lives. That lack of visibility, that lack of the disease having a significant voice, has far reaching implications. The most obvious is that without national awareness, the knowledge of avoidable risk factors that might bring you to it does not exist. Further, absent a well-established national screening program, the early discovery of pre-cancers, and early stage disease does not currently take place often. This means poorer long-term outcomes, and a much higher morbidity from the treatments patients must undergo to cope with an advanced stage disease.

While OCF may be the largest of the oral cancer charities, and within that group have the greatest reach, we still are small when compared to charities that represent larger incidence cancers whose names are household words. These large charities impact hundreds of thousands each year in the US alone, and take in tens, if not hundreds of millions of dollars a year in donations to advance their agendas and serve the populations they represent. We do not have those assets to work with……but we can develop strategic partners that can help us in other ways. OCF’s thoughts are on what this relationship means to that paradigm. We may be at a tipping point in the disease if we can raise the awareness of it. When people with this much visibility become associated with a problem, it cascades into CHANGE.

We hope all of you who read this, especially those who have had this disease touch their lives, will Share, Tweet, Instagram about this relationship, the auctions, and spread the word, so that this opportunity of increased visibility for oral cancer, and a change from late to early discovery and diagnosis can be realized.
#OCF #oralcancer #AHFODtour 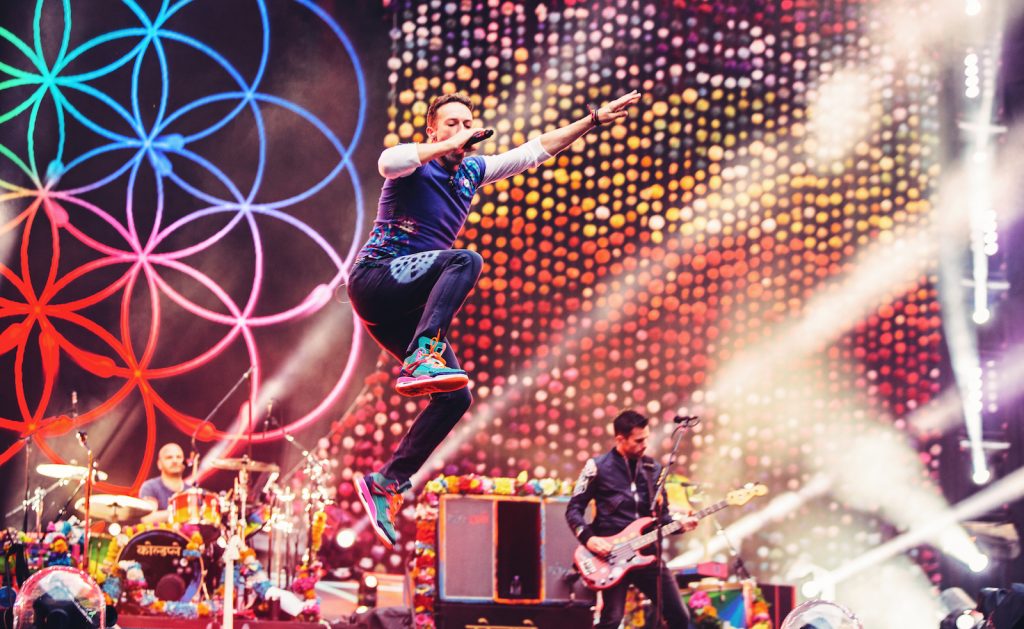 OCF would like to thank photographer Sam Neill for allowing OCF to use these amazing images of his that capture the magnitude of a Coldplay concert. His generosity is greatly appreciated. The photos are the property of Sam Neill and protected by copyright.
sam@samneillphoto.com