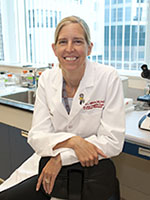 The American Academy of Clinical Research has put out a press release today talking about the amazing progress that immuno therapies are having across a platform of different cancers. This is a total game changer and oral cancers as well as other H&N cancers are places where success is being seen. OCF was able to refer people from our support group who were in difficult, many dire medical situations into the trials, many of which today have had robust remissions; or others, while not totally cancer free today, significantly reduced metastatic involvement of their cancer. This is the clinical evidence that these ideas that get our own immune systems back in the game are a formidable part of the future of cancer treatment. I would also like to note that OCF donors were contributors to this research over several years as is mentioned at the end of the press release. Without all of you that walk in our events, that send the checks big and small, choosing to chip in, we could not be part of this kind of progress. I want you to know that separate from the foundation’s gratitude for your belief in us, and your trust that we will use your funding in a prudent and meaningful way, I personally wish to add my gratitude. While we were funders of salivary diagnostics before there were any tests, tissue auto fluorescence science before there ever was a blue light device in the market, HPV information when others were ignoring it, this particular path that we are on now in immunotherapy research is radically changing the future, and our most important venture to date. I am so privileged to be part of the NCI oversight committee that is reviewing these H&N opportunities. But more than that, I believe now, that in my lifetime, because of all the efforts of those who have held fidelity to OCF and its missions, I will see a profound change in survival – something that there was no hope for not so long ago. I am so proud to be associated with all of you, and thank you for making this possible.

NEW ORLEANS — Treatment with the immunotherapeutic nivolumab (Opdivo) improved survival for patients with recurrent or metastatic head and neck squamous cell carcinoma that progressed after platinum-based chemotherapy compared with single-agent chemotherapy of the investigator’s choice, according to results from the CheckMate-141 phase III clinical trial presented here at the AACR Annual Meeting 2016, April 16-20.