More selection day images. Besides the obvious visual and tactile exam, there were questions. Some of them seemed curious at first pass; what do you do for a living? You might wonder how that relates to someone with these conditions. But with little pre op work up, no x-rays; they were more a vehicle to understand a more complex idea through a simpler mechanism. Yes, there were blood pressures taken and excessively high BP or heart rates could put you on a “maybe” list (who would not have a high heart rate at this juncture?) But in this limited resource surgical environment complications from an underlying issue could be catastrophic. When asked about their jobs we wanted to know if their lives involved physical labor. Those that did, had a higher probability of being strong enough to endure the surgery without unknown cardiovascular conditions entering the mix. Most of the women in these pictures, answered the work question with “I dig.” That was their way of expressing that they farmed. Not the kind of farming you think of here in the states, but subsistence level growing to feed themselves, often just corn or squash and hopefully a bit extra to sell at the market in their village. “How big is your farm?” One quarter acre was about normal. With each I felt their arms, and joked with them that they indeed worked hard and were very strong (some with biceps I would still like to have). That I praised their strength seemed to amuse them. There were questions about HIV status, while some were honest and said yes, as it is unfortunately not uncommon in Africa, others said no. There was no blood work prior to surgery to determine status. Most surgeries were done with care as we assumed at least half would not tell the truth for fear of not being chosen. We did the surgeries HIV positive or not. More on what this means in the surgical arena in future posts. The lady with Dr. Delacure and the interpreter would be our first patient in Africa. The lady in the grainy picture in the pink top is actually smiling at me… as much as that huge growth will let her. 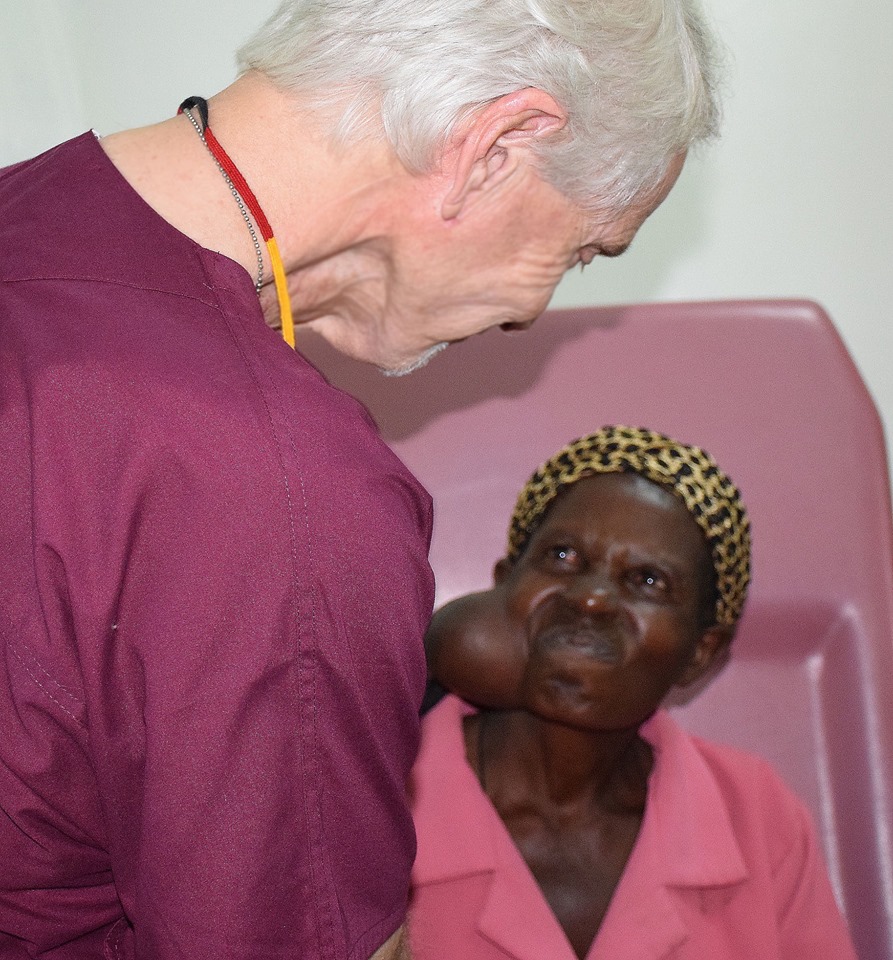 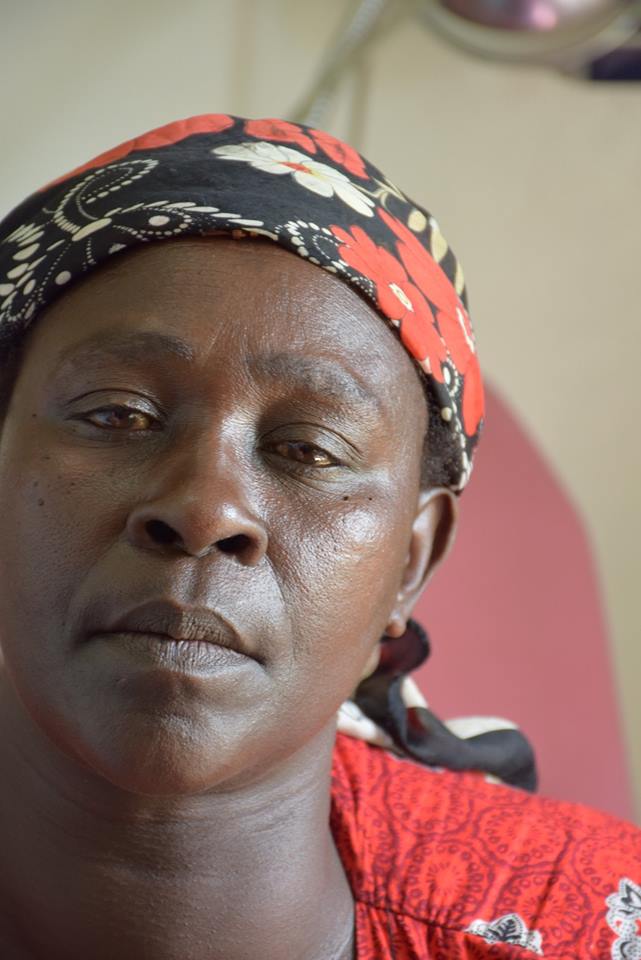